“This whole story is the story of a small town that is so loving and trusting …. That’s how we all got into this mess, basically,” says local business owner Stephanie Wilkinson.

And it was a big, expensive mess.

In a little more than six months, starting in August 2008, Lexington native and bookkeeper Alison Mutispaugh managed to steal more than half a million dollars from nine Lexington businesses, including Wilkinson’s restaurant, The Red Hen, Perkins and Orrison, Inc., a survey company, and Schweizer Associates, a local architect.

The numbers recorded in Mutispaugh’s case file at the Rockbridge County Courthouse are staggering: six counts of forgery, nine counts of embezzlement, at least nine victims, and upwards of $553,000 taken.

Rockbridge County Circuit Judge Michael Irvine ordered Mutispaugh to pay that amount in restitution and sentenced her to nine years in prison with 10 years of supervised probation, according to court documents. She never finished serving her sentence.

The wounds the case left are still raw. Of the business owners we contacted, only Wilkinson would talk openly about it. One business owner was reduced to tears by the request.

The sense of betrayal by Mutispaugh was one factor.

“I felt sad and a little betrayed,” Wilkinson said. “I don’t think I felt as bad as some people must have who really had their livelihoods threatened by this. But it just felt tremendously sad and confusing …. ‘What were you thinking and why did you do it?’”

But her victims also said they were concerned for Mutispaugh’s family: Mutispaugh died in jail in Roanoke in 2010 after her conviction in Rockbridge County.

She was in the Roanoke jail because her conviction in Lexington triggered a probation violation. She had been convicted in Roanoke in 1995 of embezzling $200,000.

“It feels a little bit like a community tragedy in that she is a product of our town,” said Wilkinson. “She was given a second chance by our town, and she just failed us and failed herself miserably.”

“There are faces and emotions behind the numbers and print that you read,” Gianniny, who now works as a director of property management in Virginia Beach, wrote in an email. “While difficult and financially devastating, I feel that my family’s story has a continued happy ending. I will tell you that we were fortunate to live in a community that recognized our struggle and continued to give their support and send business.”

But others, including Mutispaugh’s family, are still struggling.

“Alison’s actions hurt many innocent people, including her own family,” said Mutispaugh’s family in an email. “Despite her crimes, Alison was still a loving mother and daughter who is greatly missed. We continue to grieve and feel a deep sense of loss as a result of her death.”

Architect Heidi Schweitzer said she feels that pain, too.

“It was about so much more than the lost money,” she said.

When a Virginia woman embezzled from a government agency, she got away with $4,000. But investigators with the state police spent $6,300 unwinding her paper trail.

And neither of those prosecutions took into consideration the cost of court time.

Catching and successfully prosecuting people who commit fraud and embezzlement is time consuming and costly, law enforcement officials say – for taxpayers as well as victims.

“We’re very thorough … we want to make sure we don’t miss anything. That’s why we go all the extra miles … we don’t like surprises,” Special Agent Accountant Susan Jones said. “We know financials sometimes better than the victims.”

Jones, who works for the Virginia State Police, said because embezzlers earn the trust of their employers, they quite often can sign checks and make deposits and withdrawals without oversight.

“There’s a lot of trust put into individuals. With that level of trust, there’s not a lot of oversight, if any, going on,” Jones said. “One person is handling the payroll and the financial records. It’s when that person leaves or the accounting systems change — pen and paper to computer — that’s when people get caught.”

That’s what happened in the case of Marilyn Dudley, who embezzled almost $160,000 from Collierstown Presbyterian Church, before she was caught. 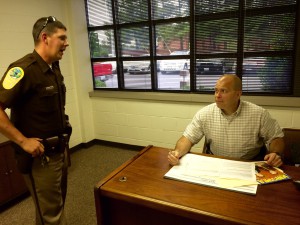 “One of the first things we did was basically try to collect all the records of all the bank accounts and all the budget reports over the past 10 years, so it requires a lot of search warrants and a lot of effort to get all those documents in, and then a lot of effort to go through the documents and find those discrepancies,” McFaddin said.

The cost of that work staggered him.

And the sheriff’s office likely would have had no idea a crime had occurred if church members hadn’t initially gotten suspicious, he said.

When Dudley got sick and could no longer balance the books herself, church members discovered that money was missing, said The Rev. Skip Hastings.

“We were going ‘uh oh.’ The money we thought we had had wasn’t in there,” Hastings said. “And we began to investigate and realized the funds just weren’t there.”

Church member Linda Wilder said it took her nearly 600 hours to go through every single bank statement from the 12 years that Dudley served as treasurer.

“I didn’t want to make a mistake,” Wilder said. “A mistake could be deadly.”

Despite the lengthy and expensive investigations that embezzlements require, Jones said, there is still a public perception that white-collar crime is victimless.

But that’s just not the case.

“There are people who spend years, if not decades, trying to build a business,” Jones said, “and one person stealing money, one person committing embezzlement, can take down their business.”

Practically nobody who becomes a crime victim expected it to happen. But people who suffer at the hands of embezzlers are often especially surprised, says Rockbridge County Sheriff’s Deputy Tony McFaddin.

“Embezzlement, by its nature, is a crime that’s done by a person that you have trust in,” McFaddin said. “You have to trust them to let them in to look at your financial documents and have access to your records and personal life …. And they use that [trust] against you to get away with it until that moment when it finally stacks up against them and they’re caught.”

Will Harris, president and owner of North Fork Lumber & Log Homes in Goshen, knows a thing or two about having his trust violated.

Harris has been embezzled from twice, losing, by his calculations, upwards of $638,000 to two former employees.

Harris says that while he remains a trusting person, he now has his own system of checks and balances in place so that he won’t be a victim again.

“I would encourage any employer that has anybody working in their office to make them take a week off,” Harris said, “because [if] anything is [wrong, it’s] probably going to show up in a week. You can’t cover it.”

Gregg Amonette, a partner in the Lexington insurance agency Emrey and Amonette, agrees.

“If a rotten employee goes on vacation and somebody else has to come in and look at the books, that’s an opportunity to maybe figure out what’s going on,” Amonette said. 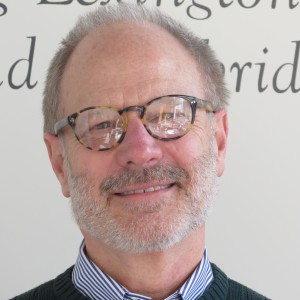 “Open your own bank statements – look at the canceled checks, because the checks tell the story,” Harris said.

Special Agent Accountant Susan Jones, who works for the Virginia State Police, said oversight is the key to preventing embezzlement.

“There should be an additional person reviewing all of the banking information, as well as payroll …,” Jones said. “Cash should never be counted by one person alone in a room. There should always be multiple people with their eyes on the cash.”

The Rev. Skip Hastings, minister at Collierstown Presbyterian Church, learned that lesson the hard way when Marilyn Dudley, a congregation member who served as treasurer of three church committees, managed to steal nearly $160,000 before she was caught.

“Marilyn would take Wal-Mart bags with cash and stick them in the back of her car, saying that she would count it later, [that] there was so much money that she didn’t want to have it exposed here,” Hastings said. “[Church volunteers] were saying, ‘That’s a little odd taking the money from here and taking it home.’ And we were concerned about that, but we just went on being a caring, trusting community.”

In addition to oversight, Jones said, insurance is an important protective measure — because once the money an embezzler takes is gone, it’s usually gone for good.

“A lot of times [small businesses] don’t have insurance because they can’t afford it or just don’t think of it,” Jones said.

Before he was the victim of embezzlement, Harris never thought he needed insurance.

“When my insurance agent asked me … ‘Do you want employee theft insurance?’ I said, ‘Is that like tools and stuff?’…. He said, ‘No, it takes care of things like money.’ And I said, “Well I never have any extra money so I’m not worried about anybody stealing from me. And Pat [Truslow] was stealing me blind.”

Dick Emrey, Amonette’s partner at Emrey and Amonette, said that attitude among business owners is common.

“The phones don’t ring off the hook when an article about the Marilyn Dudleys hits the paper,” he said.

Amonette said business owners are more concerned with other liabilities.

“People want to spend as little as possible to insure against the big stuff …. If somebody gets [injured at] their business, [the business owner’s] risk is almost unlimited. It could be hundreds of thousands or millions of dollars, so it’s not hard to talk to people about millions of dollars in liability coverage,” he said.

“But when you think about employee crime, it’s absolutely a finite number. They can only steal as much money as you have.”

Even so, Amonette said, most business owners have insurance policies that protect them against employee dishonesty — but the coverage is usually limited.

“Nobody has ever said to me, ‘I don’t want [employee dishonesty insurance],’ because it is cheap,” Amonette said. “They go, ‘yeah, okay, throw it in there.’ But if you said, ‘You really need a $300,000 limit; that’s going to cost an extra hundred bucks a year, they go, ‘No.’ They meet the minimum.”

In many cases, businesses are required by law to meet that minimum because of government retirement regulations.

“In a small business or a big business, usually, the big pot of money is in the retirement plan,” Amonette said.

When business owners have those plans on behalf of their employees, they are required under the federal Employee Retirement Income Security Act to have insurance that covers at least 10 percent of those total assets.

Amonette said he’s never had a client ask for more than that statutory amount.

“They never say, ‘Gee, if the minimum requirement is 10, give me 20 percent. Never,” he said. “They’re like, ‘I’m going to meet the statutory requirement, and that’s that.’”

“The best insurance against embezzlement is good bookkeeping and an audit,” Amonette said. “It’s not buying insurance policies.”

Krysta Huber and Happy Carlock contributed to this story.