They’re slow, surreptitious and deceptive. Instead of using violence, they gradually gain the trust of their employers, only to commit some of the most expensive crimes in Virginia.

Female embezzlers are draining small businesses, churches and other organizations that entrust these women with their finances. Lawyers say women are increasingly becoming the perpetrators of financial crimes because they tend to hold bookkeeping and money-handling jobs.

“Embezzlement is one of those lines of cases where you see a lot of female defendants,” Rockbridge County Chief Deputy Commonwealth’s Attorney Chris Billias said. “I would say . . . of the cases [we see], embezzlements probably are heavily weighted toward female offenders.”

Last year Marilyn Dudley was sentenced to three years and eight months in prison for embezzling $157,000 from Collierstown Presbyterian Church.

Alison Mutispaugh was also convicted in 2009 of nine counts of embezzlement after she stole more than $553,000 from nine Lexington businesses. 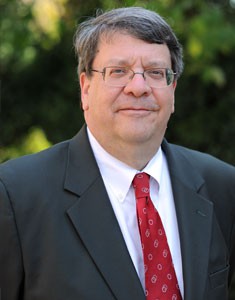 Billias says that in the last 10 years, he has had 62 defendants convicted of felony embezzlement. About two thirds of those – 42 – were women. Lexington attorney David Natkin says that every embezzlement case he has handled in the past five years has involved women.

Buena Vista has also seen its fair share of pink-collar crime. Women are frequently the defendants in the three to five embezzlement cases Commonwealth’s Attorney Chris Russell sees each year.

And the Rockbridge area isn’t the only hotbed of recent pink-collar crime. Staunton Commonwealth’s Attorney Ray Robertson, who handles about a dozen embezzlement cases each year involving both men and women, says the amount of money stolen by embezzlers has gone up. Many of the embezzlers get behind on their finances, he said, and have relatively easy access to a lot of money in their jobs.

In Augusta County, Commonwealth’s Attorney Lee Ervin handles half a dozen cases each year. He has also noticed an increase in the amount of money taken. And he said women tend to be behind the big numbers.

“In most of our bigger embezzlement cases when you get into the tens of thousands of dollars, those seem to have been women within the past few years,” Ervin said.

Embezzlement is committed in a number of ways, but it often involves female bookkeepers and other women in money-handling positions, prosecutors say. Many women will write checks using their business’s money to pay their personal bills. They list the payments in the company’s financial records as business expenses.

Some embezzlers forge the signatures of their employers on checks and cash them, which can result in forgery charges and uttering charges. Forgery involves signing someone else’s name on the check. Uttering is telling the bank that the signature is legitimate.

Often, the embezzler will take a credit card belonging to the business she works for and use it for her own purchases. In Dudley’s case, she opened a personal bank account using Collierstown Presbyterian Church funds. She used that money mostly to pay her mortgage, but also to buy herself clothing and jewelry, according to the Rockbridge County Sheriff’s Department.

Sometimes in a cash business, however, a woman will embezzle money that comes in before it makes it to the cash register.

Laying down the laws

While most jurisdictions consolidate theft charges into a single statute, Virginia treats embezzlement and larceny as separate charges.

Embezzlement cases can be tougher to prove than simple theft, prosecutors say. In a theft, it’s clear that the thief takes what he or she should not have had access to. But because a bookkeeper or other employee may be entrusted by a business owner with accounts, checkbooks and even cash, things get complicated, Russell said. 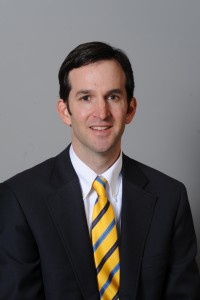 “It’s not like a homicide or a sexual assault or a DUI where it’s all done right away and an arrest is made,” Russell said. “These cases take time to build up and a lot of interviews and looking at documents, and then  typically we will present the indictment to the grand jury after that.”

When a business or organization reports an embezzlement case, the Virginia State Police are ready to call in forensic accountants. But sometimes, business owners choose not to report embezzlement in order to avoid publicity.

Even when a business cooperates, investigators face challenges when multiple people have access to a business or organization’s money.

“Under Virginia law you have to eliminate everybody but the guilty party,” Ervin said. “Sometimes that’s really tough figuring out who actually took the money.”

“You often times have full confessions. So a lot of times it gets to be more of a sentencing case than on guilt or innocence once you’ve figured out what’s going on.” – Lexington Attorney David Natkin

“Usually the ones who are embezzling from department stores, let’s say like JCPenney, they don’t usually embezzle large sums of money,” Ervin said. “You’re talking maybe a thousand or two. Whereas you get a bookkeeper or an accountant with a doctor’s office or with some other type of professional business, we’ve had cases where they’ve embezzled, 20, 30 40, 50 thousand [dollars].”

The amount an embezzler takes determines whether she gets a lighter sentence for a misdemeanor or a heavier one for a felony. A misdemeanor is punishable by a maximum of 12 months in jail and a fine of up to $2,500. An embezzlement of $200 or more is considered a felony. The accused faces one to 20 years in prison and must pay restitution.

Prosecuting pink-collar criminals might not look all that different on paper from the process that violent criminals go through. But female embezzlers often experience more regret, which affects how the trial plays out.

Most female embezzlers express remorse and even relief when their crimes come to light, defense attorney Natkin said. So when the cases go to court, the emphasis is different than in some criminal cases.

“You often times have full confessions,” Natkin said. “So a lot of times it gets to be more of a sentencing case than on guilt or innocence once you’ve figured out what’s going on.”

Unlike violent career criminals, most pink-collar embezzlers have clean records.

“They have financial pressures on them and just have a lot going on in their lives,” Natkin said. “But the courts sure do look dimly on this.”

Natkin said embezzlement is repeatedly referred to as a ‘breach of trust.’

“It’s not just some stranger robbing you, but someone who you deal with, talk to, and work with on a daily basis.”