By Hendley Badcock and Happy Carlock

It often starts with just a few hundred dollars “borrowed” with the intent of paying it back.

“Next thing you know, it’s a few years down the line and there’s a whole lot of money missing,” Lexington attorney David Natkin said. “They just start off small and then get in over their heads.”

Female embezzlers are often ordinary women — bookkeepers, treasurers, mothers and trusted friends. Most of them have no criminal record, Natkin said. But when they find themselves compelled by financial need or greed, they begin forging checks and stealing cash from the businesses that entrust them with their money.

A 2013 study by Marquet International, Ltd., a security and consulting firm based in Massachusetts, found that women were responsible for nearly six in 10 embezzlement cases nationwide. But while women committed most embezzlement, men stole 2.3 times as much money as women.

Are these women thieves by nature, or just people who find themselves in a tough spot, desperate for some extra cash?

Motives behind the misdeeds

Staunton Commonwealth’s Attorney Ray Robertson has seen more women embezzling greater amounts of money in his jurisdiction in recent years. Some of those cases, he said, were motivated purely by greed.

But Robertson says that in most cases he handles, women embezzle when they are facing financial troubles. With the money dangling in front of them, they succumb to the temptation.

“They typically have children,” Robertson said. “They have financial obligations, they have to support families, that sort of thing.” 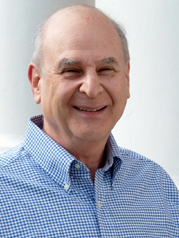 Mothers hold a greater share of household responsibilities, even when both parents have jobs, says Washington and Lee University Sociology Professor David Novack.

So having children can put women at a disadvantage when it comes to applying for jobs and getting hired.

Employers often view those obligations as limits to a woman’s ability and focus in the workplace. That is called the motherhood penalty, a concept studied by sociologists like Cecilia Ridgeway in her book “Framed by Gender.”

“When women give evidence of being mothers in a work context, they trigger an added gender bias that causes others to judge their job competence and commitment more harshly [than men or women without children],” Ridgeway wrote.

That bias can put a woman’s employment or promotion at risk.

“The likelihood of her being able to maintain her job, to have security, to have potential for [upward mobility] and earn a higher salary go down,” Novack said.

By contrast, employers value dads and dads-to-be in what is known as the fatherhood premium.

“The sad truth [is], in our society, women in general are valued less than men . . . There’s just so much evidence that women are second-class citizens.” – Washington and Lee University Sociology Professor David Novack

“If a man thinks that there is a new member of the family coming, that puts that much more pressure on the man to be committed and to be productive . . . to support his growing family,” Novack said.

Although gender discrimination is illegal, people might still be thinking about it but not talking about it.

“The sad truth [is], in our society, women in general are valued less than men,” Novak said. “There’s just so much evidence that women are second-class citizens.”

It is unclear how many embezzlers in the Rockbridge area have young children at the time of their embezzlement, what their familial obligations were and whether they suffered from the motherhood penalty.

But at least three of the major offenders in the Rockbridge area — Michelle Lawhorn, Alison Mutispaugh and Marilyn Dudley — had children who were high school- or college-aged at the time of their embezzlements. Patricia Truslow’s children were adults by the time of her conviction.

Their family responsibilities, coupled with a history of gender discrimination in the workplace, land many women in clerical and bookkeeping positions. These “pink-collar” jobs give women the opportunity to embezzle. 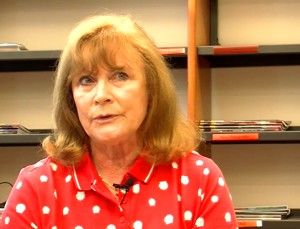 Women living in the Rockbridge area are especially subject to these circumstances, says Linda Wilder, who retired to Rockbridge County after working as a consultant for many years. Wilder thinks the local economic climate limits both sexes in pursuing high-paying jobs.

“We have so few opportunities for women and men that have good advancement,” Wilder said. “We have the universities, and we’ve got banking, but there’s not much else in the county that provides a real job opportunity for women and men.”

For the past 10 years, raises have been almost nonexistent, Wilder says. That limitation could be a driving force behind embezzlement.

“People have needs, and they see people around them who have things,” she said. “So it creates this want, and then right in front of them is a checkbook that is not monitored carefully.”

Guilt-ridden and giving back

Lawyers say that in female embezzlement cases, the perpetrator will usually try to pay the money back. Buena Vista Commonwealth’s Attorney Chris Russell has seen cases where that good intention is what got the women convicted.

“I’ve seen in a couple of cases someone took money from one person or from one employer and then made an effort to try to slowly pay back the money they took,” Russell said. “And then in doing that they take money from someone else, and that’s when they get caught.”

Robertson says he has noticed the same trend.

“They kind of delude themselves into thinking, ‘Well, if I just take it now, I’ll be able to pay it back soon when my income tax return comes in,’” Robertson said. “Eventually an audit is done or somebody actually sees them taking money and they get caught.”

And sometimes, the embezzlers make themselves out to be the victims as a way of neutralizing or rationalizing their criminal behavior.

For example, if a mother cannot afford health insurance and her children need it, she might give an unspoken ultimatum — my kids or my boss. Novack says that drives a woman to steal from her boss.

“They explain, ‘If they paid for my health insurance, I wouldn’t have to steal their money,’” Novack said. “They shift the blame to somebody else.”

Attorneys say most pink-collar crime comes down to women who get in financial binds. But a lot can go into why a woman steals and how she justifies her crime.

“It’s sort of like when they say a plane crashes, it’s not one cause but a whole series of things that come together,” Novack said. “What are her life circumstances? Does she have children to feed? Is she divorced? Is she someone who’s suffered from domestic violence?. . . All of these go hand-in-hand, and a lot of it has to do with gender.”

Betsy Cribb and Krysta Huber contributed to this story.